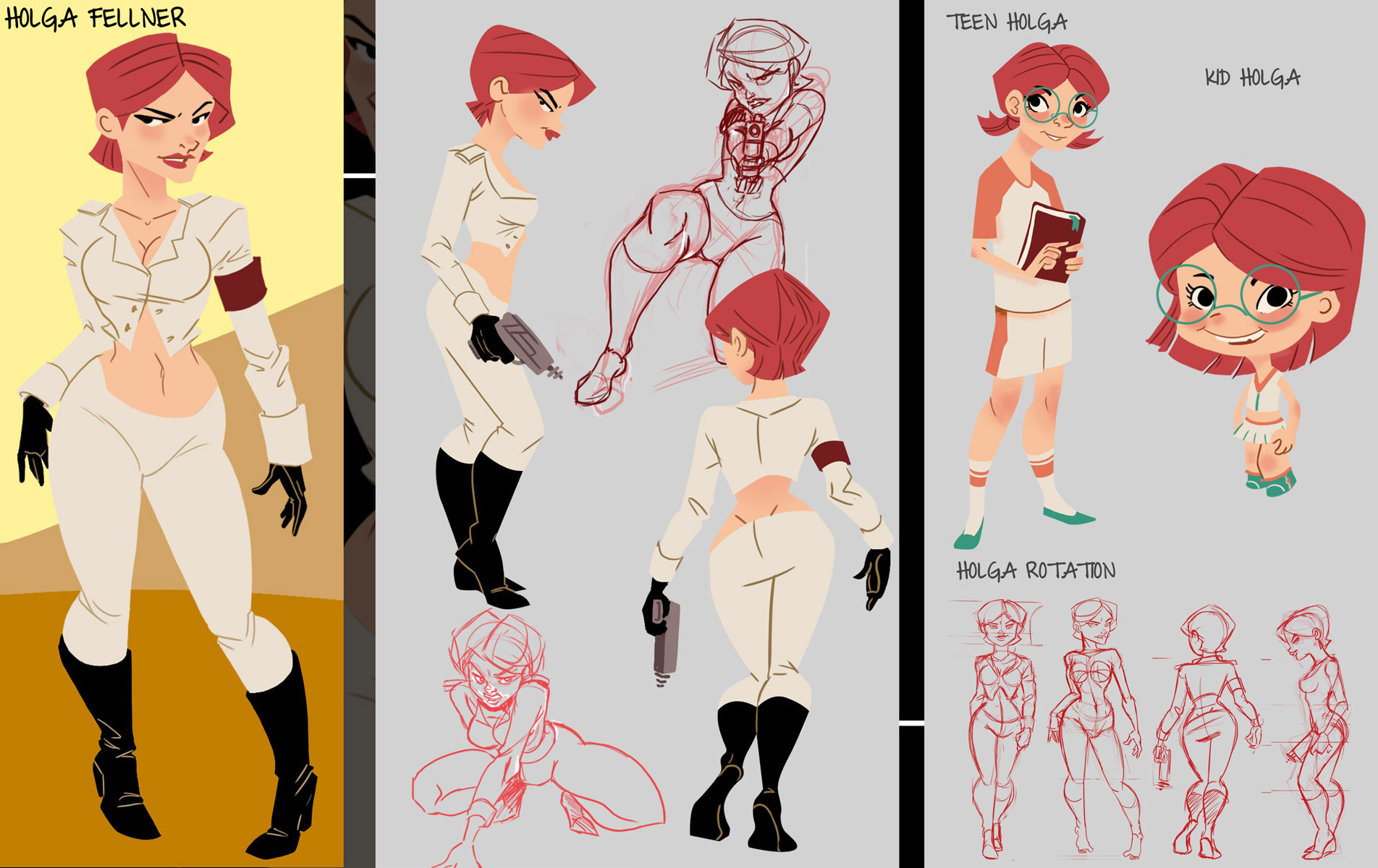 What is the 2D vs 3D question?

2D, or not 2D, that is the question. As a student looking to enter the field of animation, one may ask themselves, 2d animation or 3d animation? What are the differences?

What do you mean by 2D Animation?

By “2D Animation”, we refer to animation wherein the character is contained flat, on an x and y plane, such as a simple piece of paper (for a “primitive” example). While animation that is drawn is 2D, 2D is not always drawn frame by frame, as in Adobe Animate.

It’s not an absolute rule but in general, drawn 2D animation tends to lend itself well to a storybook fantasy quality; a fairy tale, or a cartoon comic quality. As viewers we have a sub-conscious expectation of content associated with its forefather, Illustration of the print medium.

It’s long been proven (since the early 20th century, in fact) that realistic movement can be animated in 2D animation, but 2D animation is still best served by exaggeration of both movement and the rules of physical science, while yet defying those very rules at whim; “The Plausible Impossible” as Walt Disney the man coined.

It was long thought, if one is doing realistic drawn 2D animation, representing the real world, why not just shoot live action? However debatable, it has also been said that 2D animation is also a Graphic Arts medium, dealing with angles and curves; lines providing a symbol of form and force; with the only limitation to draw anything; to stylize, is the artist.

We tend to not even notice if a character freezes at the end of a movement as we would in photorealistic 3D computer animation... because it is just a drawing, after all.

What are the strengths of 3D Animation?

One of 3D animation’s strength is its depth, not only just for the technological miracle of replicating geometry in space, but by its ability to draw-in the audience. The audience knows reality and 3d animation looks real (even if they are 3d cartoons; the acceptance of which is its own example of The Plausible Impossible).

If Traditional 2D animation and Live Action had a baby, it might have been 3d animation. The cinematic potential of 3D animation’s camera lends the medium abilities that once were only associated with Live Action; abilities that could only be dreamed of in Animation.

A software program’s camera has given 3D animation a broader native film language, whereas historically we the audience accepted the "left-right, up-down, truck-into-flat-artwork" that was in most traditional drawn 2D Animation. 3D Animation can still do broad and “cartoony” excellently, but also exceeds at subtle acting with its ability to interpolate virtually forever between key poses.

We can see cartoon characters breathing literally when “still”. Unlike with 2D, we are not as forgiving when a 3D character freezes into a hold. From our 3D world, sitting in the theatre, our collective sub-conscious screams, “Oh my gosh, it’s dead!”.

The once held criticism that 3D’s human animation is creepy is also diminishing as technology and advancement of the art and artist, has made the medium better at emulating real actors, escaping from the “Uncanny Valley”.

So, where is the family resemblance between the two media?

Both 2D Animation and 3D Animation share the same animation principles as pioneered by the likes of Walt Disney and his contemporaries. While the illusion of 3D Solidity is a given for 3D animation, one principle since the days of classic drawn 2D Animation was 3D Solidity. Once upon a time, 3 dimensions could only be drawn.

Even the Golden Age characters demonstrated an understanding of structure, plane and perspective (albeit those rules could be broken graphically once understood). If 3D Animation really 3D, then Live action should also be considered 3D. While 3DAnimation’s 3Dness exists in the computer, it, by and large, is still shown on flat screens.

Good 3D Animation shares the principle of 2D Clarity; strong silhouetting of character poses and angles, as in traditional animation. The term “computer animation” was once synonymous with 3D, but today, all animation, including all forms of 2D, is computer animation.

Whether hand drawn through a tablet or digitally vector-built characters, 2D Animation is paperless, replacing the vertical camera of old with the virtual camera.

Which should I study? You should study both

At least 3D with a strong foundation in disciplines like Life Drawing, Anatomy, Perspective, Character Design, etc. For years now, whether primarily 2D or 3D, feature and broadcast animation are a combination of both 2D Animation and 3D Animation; “Tradigital”, as the term Jeffrey Katzenberg popularized.

Many directors have a strong traditional background and can assess an animator’s work and explain the needs of a shot in a few strokes. Storyboard artists are still the first to visualize a film, sometimes creating a drawn gesture in minutes for what might take months to animate. If there ever were a debate about which medium is better, be it being entertained or a field of study, it is a tie.

There are many animators who are excellent in a single medium, but the well-rounded artist is the one who possesses digital and traditional skills. “The world is their oyster”. - Vancouver Animation School