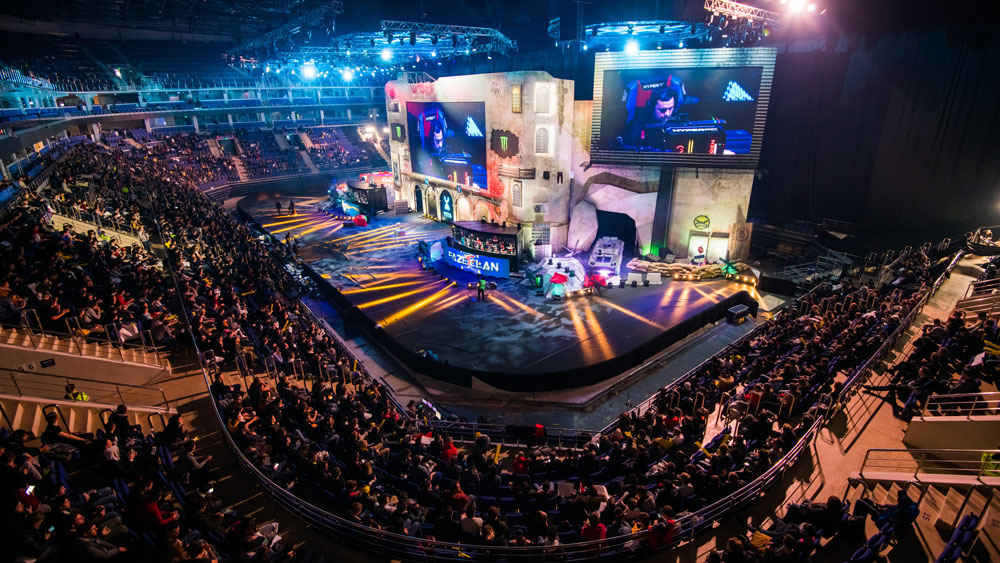 Why watch people play video games instead of playing yourself? Why play a video sports game instead of getting outside and playing the actual sport? Read this article to learn what is Esports and Esports industry development in 2020.

If you’re young(ish) you’ve seen all the YouTube videos of people playing video games or even did it yourself. If you’re old(er…ish) you’ve likely seen your kids watch people on YouTube or playing video games and streaming it on Twitch. For some people this sounds ludicrous…why watch people play video game instead of playing yourself, or why play an video sports game instead of getting outside and playing the actual sport? This may be a debate, however the NBA, NFL and the like make billions of people watching sports. Esports is the electronic version of that.

Esports ‘e-athletes’ aka gamers can rake in seven-figure earnings and earn brand endorsements just like pro athletes. And much like traditional sports, it is broadcast to millions of fans and brings in over billion dollars. These e-athletes also develop a ‘fandom’, which is essentially digital cheerleaders and brand ambassadors so impressed with their skills that they will go to the mat for them (especially in online forums) to defend their chosen champion. And it is not only the e-athletes making bank, just ask our Esports diploma program —the job opportunities can be incredibly lucrative as well by attending a Vancouver Animation School (a breeding ground for training and Esports opportunity).

What is an esports athlete?

So—what do Esport athletes do exactly? They play in competitive, organized video gaming tournaments, and the non-professionals or semi-pros develop their sills via Esports league development. The big tournaments as of late are Fortnite, Call of Duty (CoD), Madden. League of Legends, HALO, Overwatch and a smattering of others. According to eMarketer, a leading research company, there are almost 400 million people watching Esports…and that is growing quickly. They can attend live, paid events or stream it online. To put viewership in perspective, back in 2017 the League of Legends World Championship was viewed by over 80 million people…and that was just one of over 580 Esports events that year. On top of that—it’s growing, quickly. GameIndustry.biz states that as of 2019 it was a billion-dollar industry—that’s billions…with a B, and it is predicted to be over 2 billion by 2023 (depending on which industry expert you ask).

So, what are the trends and growth in one of the fastest-growing online industries on the planet in 2020? There’s a bunch of them:

Esports really took off in the US, Japan, China and South Korea—but this is changing. While Esports is still huge—and growing—in those countries, Southeast Asia and Latin America are quickly becoming some of the biggest markets. Latin America alone is expected to close the gap and with accelerated growth, to become almost 18% of the market. China is still dominant of course, with expected revenues from things like sponsorships expected to go over $220million in 2020 - according to VentureBeat. Latin America and to a smaller extent Europe may prove to be real game changers though.

Everyone knows sponsorship is the biggest money in the game aside from events and paid streaming. Digital goods specifically are expected to be over $7 million in 2020. Analysts predict that this could be over $17 million by 2023.

In most industries that require viewership the most revenue is generally made in the areas with the most viewers. Makes sense right? In the Esports world however the trend is different. Despite China’s Esports viewership being the largest with over 160 million viewers in 2020, it will bring nearly half the revenue of the North American market (which has only about 57 million viewers). According to Business Insider, North America is expected to see almost $300 million in revenue in 2020, and Europe around $140 million. Latin America may go the route of China in 2020, with a significant amount of viewers however significantly less revenue than the European and North American markets.

4. The Further Development of Individual Brands

It is no secret in the Esports industry that the players have become serious social influencers. People want to play with the same controller they use, in the same way, that people want to buy the same gear that Kobe Bryant uses. But this isn’t news. In 2020 however, it is predicted that we’re going to see more crossover into traditional media and building further on YouTube and other streaming tribes. More and more media and marketing companies will (or at least should) capitalize on this trend.

5. Growth in All Major Revenue Streams

Individual brands are making money via sponsorships, but 2020 should see steady gains in all revenue streams. This is especially in terms of investments, advertising, and sponsorship. It will be interesting to watch how corporate partnerships develop and new platforms for revenue (especially social media) develop this year.

In 2020 and the years ahead interactivity will be at the forefront. This means things such as in-time chatting options, virtual-reality experiences, apps, forums, gamer channels, influencer engagement, professional Esports league development, etc. will have a larger impact on the Esports environment. People want to be more involved—and the platforms that can offer them this via a stable and secure digital platform may reign supreme by usurping more market share.

The Esports industry is craving further involvement and engagement from the fans. The increase in revenue growth will surely show in 2020 that not only the e-athletes themselves grow their brands and digital and offline goods—but that companies provide the experiences that the 2020 Esports fan is looking for. And as is with every year, those qualified with an Esports diploma program or Esports certificate program—the job opportunities are endless. We’ve seen just that via our Esports Vancouver Animation School graduates, and 2020 will be the biggest hiring year yet (and it will grow year over year from here).