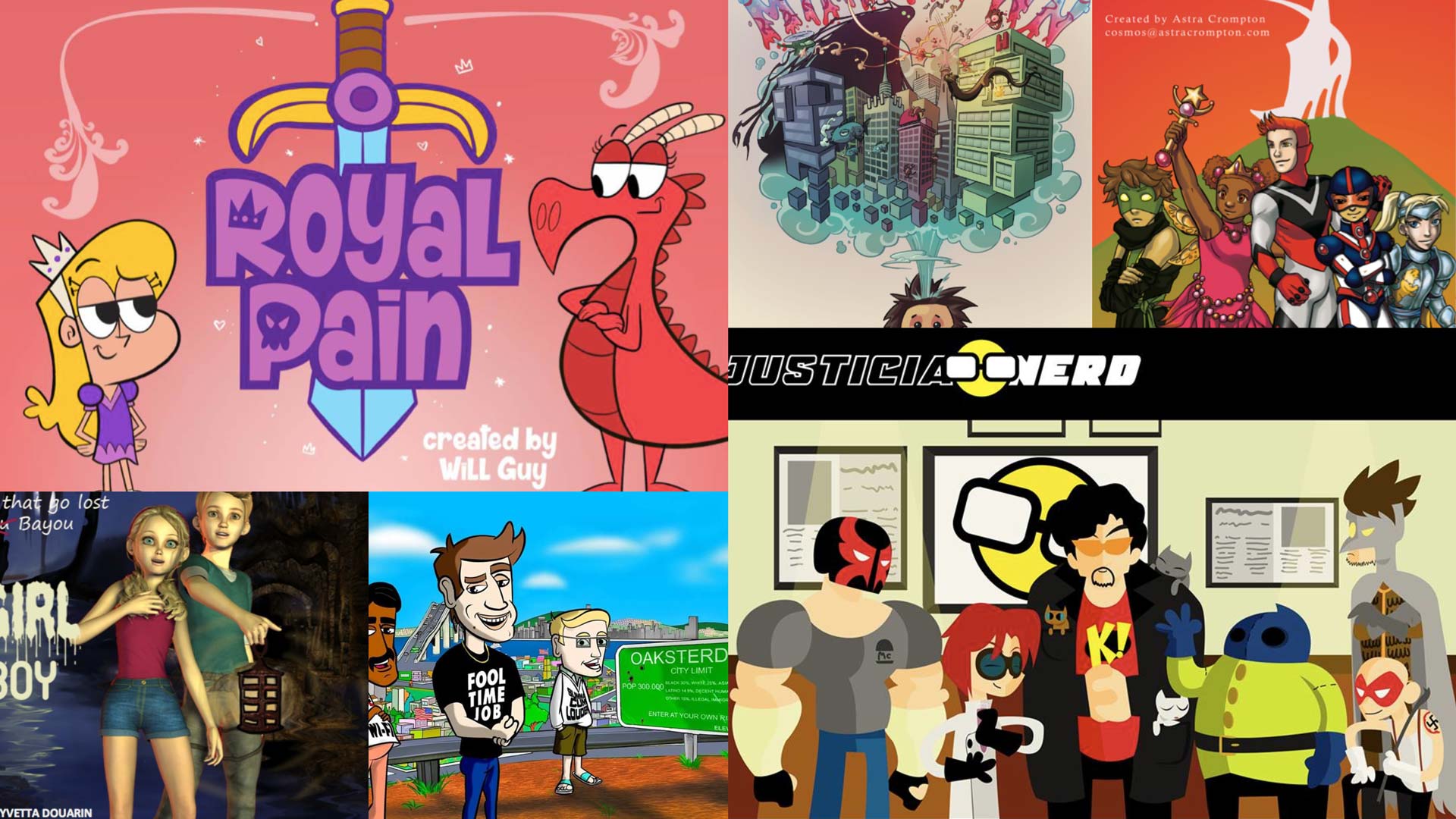 There was a time that writing for animation began as drawing. Or rather, it was “writing” (note the quotation marks); there was handwriting of notations but typing a script was not even considered. Animation, being the visual medium it is, it would make sense to start-off communicating an idea visually.

During the silent era from the 1910s to the 1920s, the animated cartoon was still in its infancy while the tiers of production were still pioneered and invented. There, existed a more casual approach to story among peers in one room under one studio roof. The story was largely a string a of gags usually tied up with something like a chase into the sunset and an iris-out, as in a Farmer Alfalfa or Felix The Cat cartoon. Each animator might be presented with a gag (funny) drawing and their job was to anmate it; make it up as they went along, until the required amount of film footage was complete for the producer. Being that there was no sound, there was no need to adhere to a synchronization.

According to Author and Historian John Canemaker in his book Paper Dreams, even Walt Disney’s “writing” for animation from his studio days in Kansas City to his early days in Hollywood (1923-1927) consisted of discussion of the story among the animators, and then each would set-off to animate their respective sequences. In that way, the writing of Disney reflected many studios of the day. As the visionary that history now tells us he was, Disney the man was not satisfied with the cartoon medium being cartoony; he saw it as equal to live action in potential, looking to live action for inspiration from personality, to editing, to story.

By the first Mickey Mouse cartoons we see evidence of a script for animation. Rediscovered after Disney’s death were storyboards from Plane Crazy (intended to be the first Mickey Mouse silent release, it became Mickey’s second Talkie) and the legendary Steamboat Willie. The storyboards, although well drawn, were not the fleshed-out-articulate-explicitly-instructed storyboards we have come to know, but rather the beats of the story, without action breakdown, indeed much like the oft compared comic strip. The earlier of the two, Plane Crazy, also drawn by the prolific Ub Iwerks, had six rectangles per page (an approach used since the days of Oswald The Rabbit) with accompanied typed script by Disney himself on corresponding pages. By the time of Steamboat Willie's preproduction, Disney used a template on letter sized paper; one column for storyboard with the left side reserved for the type-written description (technically the “script” albeit not in the format as eventually would be written for live action).

“A picture is worth a thousand words”, the saying goes. As it was easier to show what was happening in the story visually rather than describe it in text, the written script fell largely by the wayside and the title of Writer went to the drawers, although there were still the very rare writers who typed.  It is almost a safe bet that if you read “Writer” in the credits of a golden age theatrical cartoon of any studio, that the writer drew his story.

By the 70s, the demand for animation personnel made Hollywood studios look abroad for cheaper animation studios. With outsourcing slowly grew a need to be as articulate and explicit as possible in prepro

duction, learning from previously encountered mistakes with foreign studios. This is before the days of internet, with conflicting time zones by telephone, a time when final film was couriered through air around the world. Gone was the looseness and casualness of the everything-under-one-roof studio. Character model sheets were virtually as tight as architectural blueprints, storyboards became miniature animation and background layouts.

Defining the story, which was transcribed to the storyboard, was the animation script.

What is the advantage of writing a story?

The advantage to the written script is that it can be written while leaving the concern of drawing the story to the successive storyboard artist, wherever they may be.  In turn, the storyboard artist needn’t concern themselves with writing the story but telling the story visually. Not to mention it is a tall order to find individuals who are both good draftspersons and good writers, especially for the demands of broadcast TV.  By compartmentalizing the stages of writing and storyboard, the approval process also becomes more graduated in its steps: sign-off on the writing, then the drawing may begin. For episodic series, several writers adhering to the same bible may write simultaneously for the same series, increasing output.

While there is still a place for animation writing to begin visually for the one-off or independent project, for an animated broadcast series a script is clearly the more practical approach.

The structure of a written animation script in many ways is the same as a live action script. Being a visual medium is not the exclusive domain of animation; live-action is also visual medium.  The visual factor is a consideration for writers of both. A good script will not describe in dialogue what the audience can see. A good writer will not cut to a close-up of a smoking gun and have a character exclaim, ”A smoking gun!”. A good writer for film knows they are not writing for radio.

Animation is however very action oriented and many times gag oriented. The animation writer leaves as little guesswork to the storyboard artist in setting, action and character “business”, just as the storyboard artist will leave as little guesswork to subsequent departments, especially animation.  In short, the writer understands the animation process and is sympathetic to the work required following the script. Anecdotally, there’s an apocryphal story of a storyboard artist receiving the direction in a script “....and the town goes crazy!”. You can see the problem that leaves in how to interpret such writing for animators.

With broadcast and feature animation growing as a multi-billion-dollar industry through the 90s to the present, along came executives and heads from outside industries who were great business people and administrators but who may or may not be visually oriented in reading a storyboard. Reading a storyboard on paper requires the reader to be an active participant in telling the story, supplying one’s own sounds, voices and effects from their imagination, with eyes jumping to and fro between word and picture. To one who grew up a comic book enthusiast, it’s a piece of cake. But to a very literal individual, it can be a chore. For example, Disney’s former CEO Michael Eisner (1984 to 2005) requested scripts instead of storyboards when reviewing a film’s progress. The animation script is that bridge of communication for the reading-oriented decision-maker.

Today in feature animation, writers co-exist as story sketch, storyboard and scriptwriters in a cross-pollination of ideas; the drawers adapting what the writer has invented, the writer expanding on what the drawer has visualized. The world of writing for animation shows no slowing down in its growth and need for writers. Writing for animation remains open and welcoming to the next big idea.